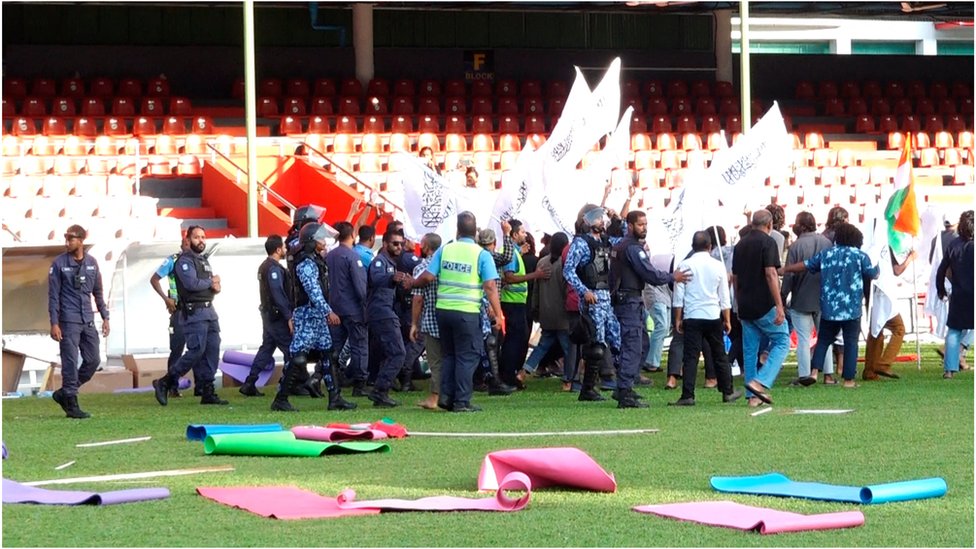 The Indian and British ambassadors were among those attending the event at the national football stadium in Male, the capital of the Indian Ocean archipelago, when Islamic fundamentalists carrying flags and placards entered the field shouting “God is Great” in Arabic.

They held placards which said practicing yoga is against the Islamic concept of one deity because yoga involves bowing to the sun. 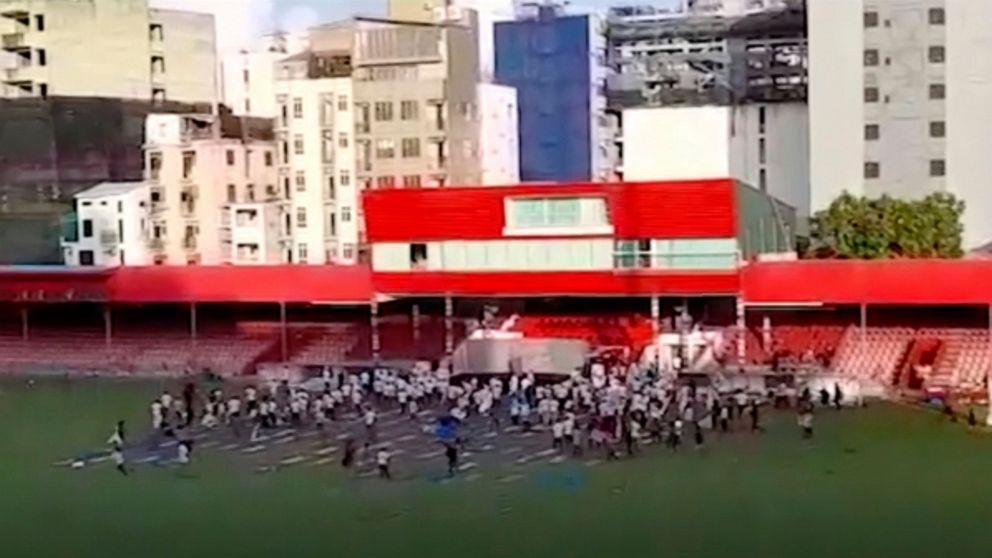 “Perpetrators had sought to incite fear by forcefully entering, destroying property and attempting to assault participants of the event,” police said in a statement. It said they are investigating the incident with “utmost urgency.”

Police said the protesters obtained their flags from the office of an opposition political party.

Maldives, popular for its luxury resorts, is a Sunni Muslim nation where preaching and practicing other faiths or secularism are outlawed.

Religious extremism has been on the rise in the country, which has a population of about 500,000 people.

Last year, the country’s moderate ex-president and current parliamentary speaker Mohamed Nasheed was injured in a motorcycle bomb attack near his home which was blamed on religious extremists.