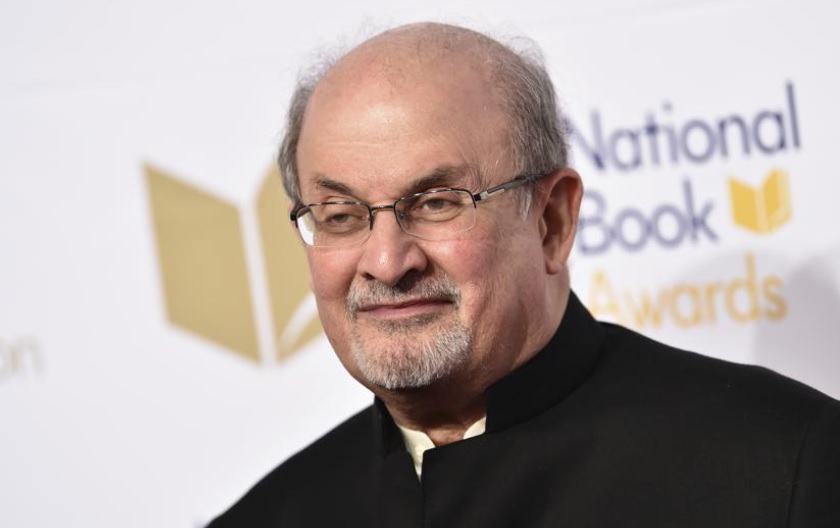 Salman Rushdie is “on the road to recovery,” his agent confirmed Sunday, two days after the author of “The Satanic Verses” suffered serious injuries in a stabbing at a lecture in upstate New York.

The announcement followed news that the lauded writer was removed from a ventilator Saturday and able to talk and joke. Literary agent Andrew Wylie cautioned that although Rushdie’s “condition is headed in the right direction,” his recovery would be a long process. Rushdie, 75, suffered a damaged liver and severed nerves in an arm and an eye, Wylie had previously said, and was likely to lose the injured eye.

“Though his life changing injuries are severe, his usual feisty & defiant sense of humour remains intact,” Rushdie’s son Zafar Rushdie said in a Sunday statement that stressed the author remained in critical condition. The statement on behalf of the family also expressed gratitude for the “audience members who bravely leapt to his defence,” as well as police, doctors and “the outpouring of love and support from around the world.” (…)

The attack was met with global shock and outrage, along with praise for the man who, for more than three decades, has weathered death threats and a $3 million bounty on his head for “The Satanic Verses.” Rushdie even spent nine years in hiding under a British government protection program. (…)

The book had already been banned and burned in India, Pakistan and elsewhere when Iran’s Grand Ayatollah Ruhollah Khomeini issued a fatwa, or edict, calling for Rushdie’s death in 1989. Khomeini died that same year, but the fatwa remains in effect — though Iran, in recent years, hadn’t focused on Rushdie. (…)