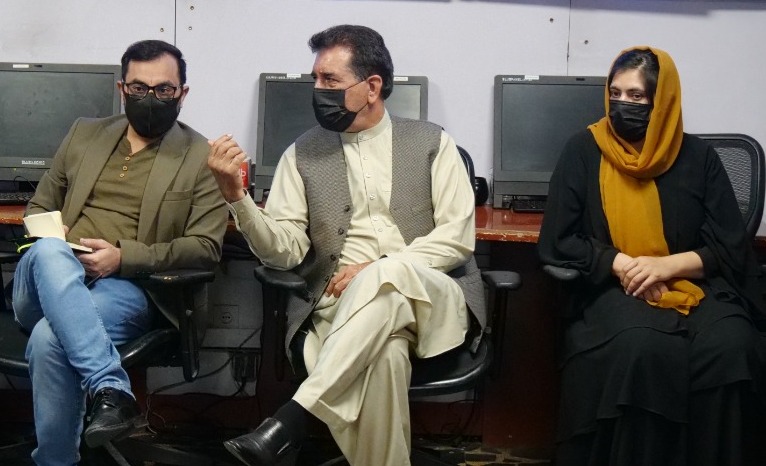 This month Afghanistan’s supreme leader Hibatullah Akhundzada issued a diktat for women to cover up fully in public, including their faces, ideally with the traditional burqa.

The feared Ministry for Promotion of Virtue and Prevention of Vice ordered women television presenters to follow suit.

After defying the order a day earlier, presenters on Sunday wore full hijabs and veils that left only their eyes on view across leading channels including TOLOnews, Ariana Television, Shamshad TV and 1TV. (…)

Women presenters were previously only required to wear a headscarf.

Male journalists and employees at TOLOnews on Sunday wore face masks at the channel’s offices in Kabul in solidarity with the women presenters. (…)

Male journalists cover their faces in the @TOLOnews after female colleagues were forced to wear face veils by the Taliban #Afghanistan pic.twitter.com/Uteiyx1wGq

In #Afghanistan in solidarity with female colleagues, who were forced to have hijab on the screen, male presenters appeared with masks. pic.twitter.com/vyRlIv3hF9